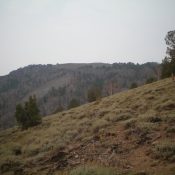 Peak 10323 is located at the head of Smelter Canyon and is due east of Copper Basin Knob. It is southwest of Antelope Pass on the west side of Anderson Canyon. It is most easily climbed from FSR-135 to the north. The north ridge looks like another possible ascent route. USGS Copper Basin Knob 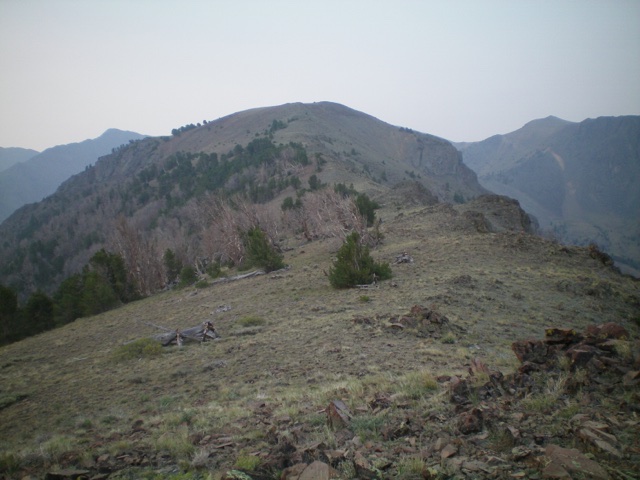 The summit as viewed from Point 10006 on the upper north ridge. Livingston Douglas Photo

From the signed junction of FSR-135/Copper Basin Road and FSR-138/Copper Basin Loop Road at the Copper Basin Guard Station, drive southeast on FSR-135 toward Antelope Pass. At 1.8 miles, reach an unsigned road junction for FSR-514 (sign is laying on the ground). Park at this junction (8,005 feet).

From the road junction, hike (or drive) south then southeast up FSR-514 (shown on the USGS topo map) to a narrow crossing of the north shoulder just south of Point 8446. Leave the 2-track road here and hike south up the shoulder on an old 2-track road, which becomes a cattle trail higher up. Leave the cattle trail when the ridge bends right-ish (southwest then west) to cross the head of a prominent gully. This turn is the base of the east rib. The east rib is obvious as you ascend the north shoulder.

Bushwhack southwest then west up the rib through partially-forested terrain with many standing snags from a forest fire. There are some areas of sagebrush and other brush. The rib becomes rockier higher up, but presents no major problems. The rib terminates at Point 10006, where it reaches the north ridge of Peak 10323. Follow the narrow ridge crest south on embedded talus and tundra to the gentle, open summit of Peak 10323. There are a few rocky ridge outcrops that can be skirted on the left/east side of the ridge on a weak use/game trail. The summit has a decent cairn. It offers great views of the backsides of Smiley Mountain, Copper Basin Knob, The Ramp, and Double U Peak. 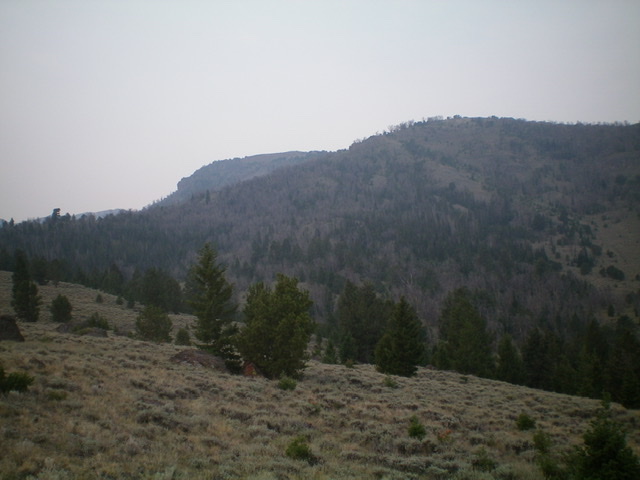 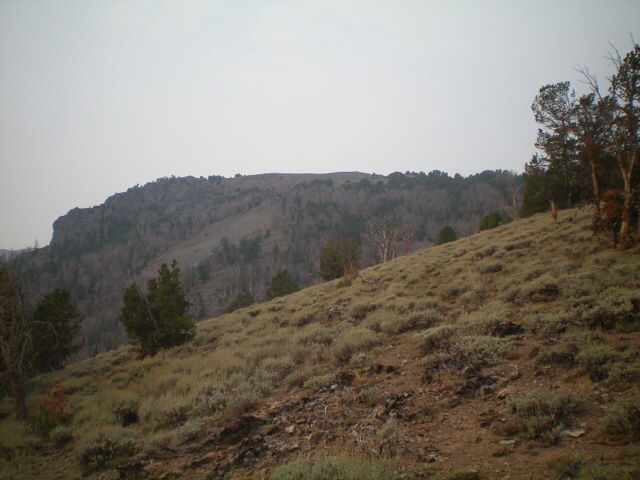 Peak 10323 as viewed from midway up the east rib. Livingston Douglas Photo 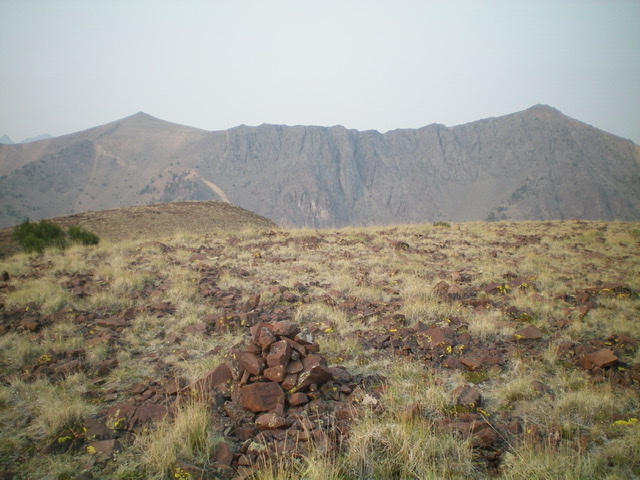