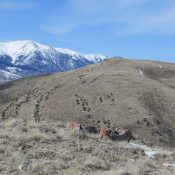 This peak is not in the book. Livingston Douglas provided new route information which is set out below Margo’s entry. Updated December 2019

Peak 7194 is in the Jumpoff Peak subrange of the Lost River Range. Located west of the Idaho National Laboratory and ID-22, Peak 7194 and its peak neighbors (Peak 8383 and Peak 6990) make a good, early-season peakbagging loop. We climbed these three peaks on March 29, 2018, and came in from Deadman Flats on the east side of the range. USGS Arco Hills 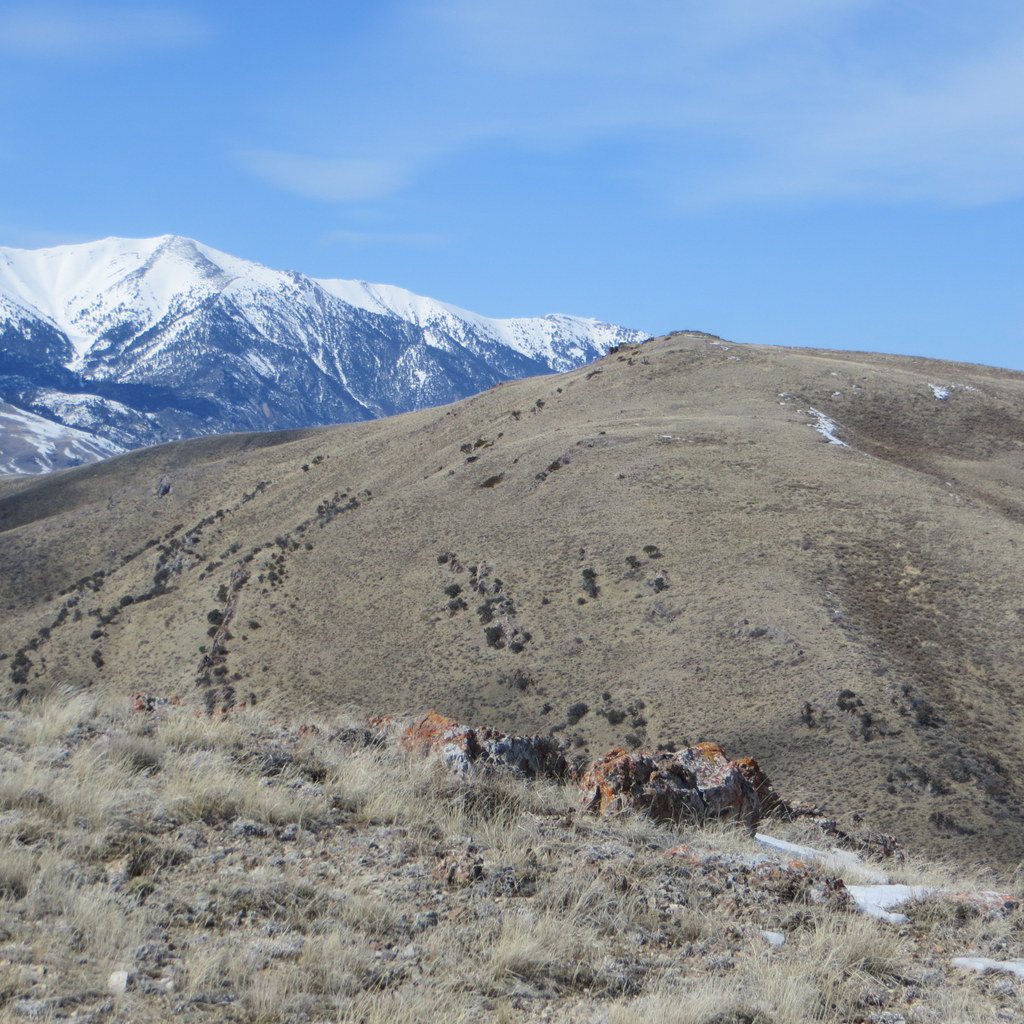 Peak 7194 as viewed from Peak 6990. Snowy King Mountain is in the background. Steve Mandella Photo

Take Bureau of Land Management (BLM) Road 1259/Deadman Canyon Road, which leaves the west side of ID-22 along Deadman Flats toward Deadman Canyon. This road is open all year. After heading north a bit, the road takes a large, long turn to the northwest. Along this curve, a jeep trail intersects the road from the north. This trail parallels an intermittent stream, but there are no pullouts for parking. Sagebrush is thick and turning around is difficult but doable in only a few locations. We were able to travel as far as the worst ruts, but most people probably won’t want to travel much past the junction of the jeep trail with Deadman Canyon Road.

Camping is allowed anywhere on BLM-managed public land. However, the Deadman Canyon area is thick with sagebrush and is heavily grazed. The only flat, sagebrush-free spot suitable for camping was at the junction of Deadman Canyon Road and the jeep trail heading north (i.e., the previously-mentioned intersection). It was a great spot to camp in March, but probably not so great once the cows and people are out later in the year.

From Arco Pass Road, use BLM Road 1265 to travel east into Combe Canyon. This road is open year-round but may be subject to washouts and rutting. A high-clearance 4WD vehicle, or extra hiking, may be necessary. 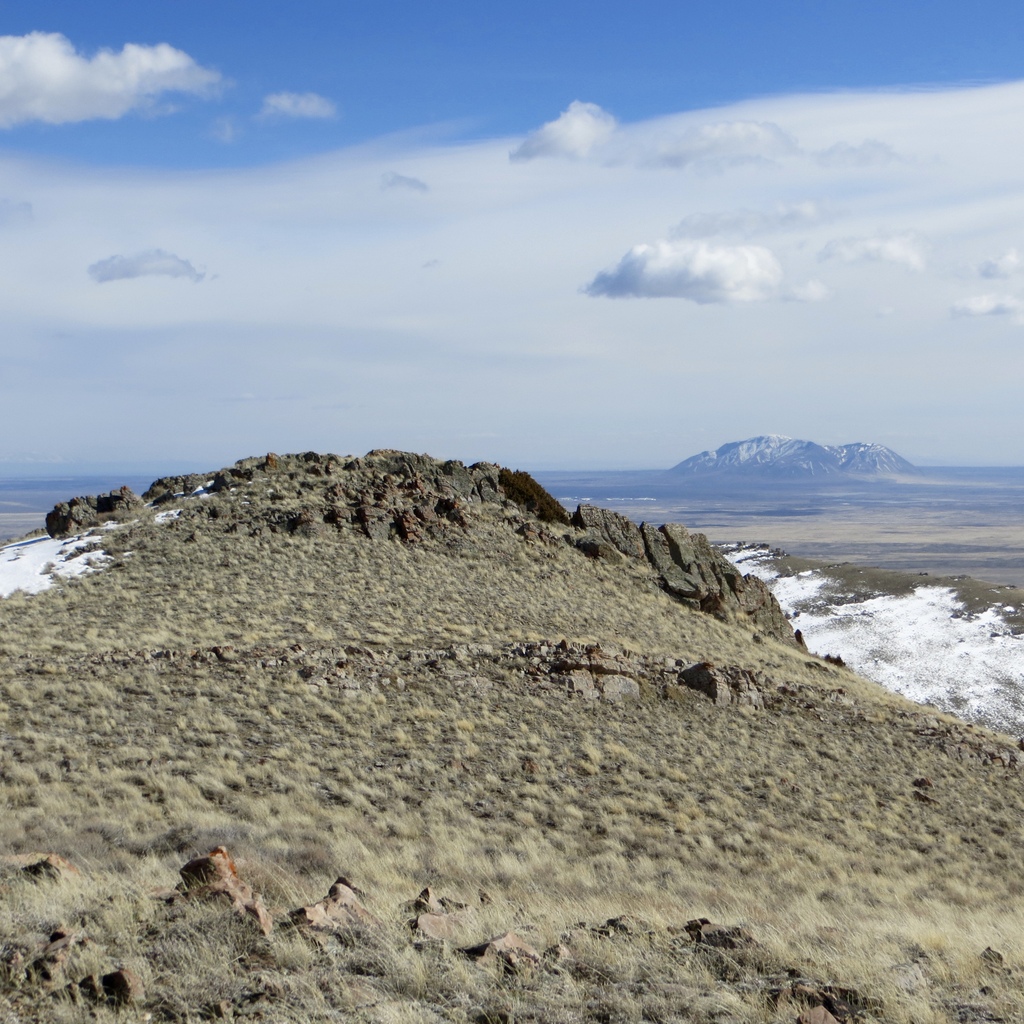 The summit of Peak 7194 with Big Southern Butte in the background. Steve Mandella Photo

There are jeep trails from Combe Canyon and from north of Sutton Canyon (on the west side of the range) that will get you onto Peak 7194. These trails are faintly visible on Google Earth. These trails come from the west and travel around the north and northeast sides of Peak 7194. Basically, take either of these trails as far as you can travel along the ridges. Then hike off-trail on the ridges heading to the south to reach the summit of Peak 7194. 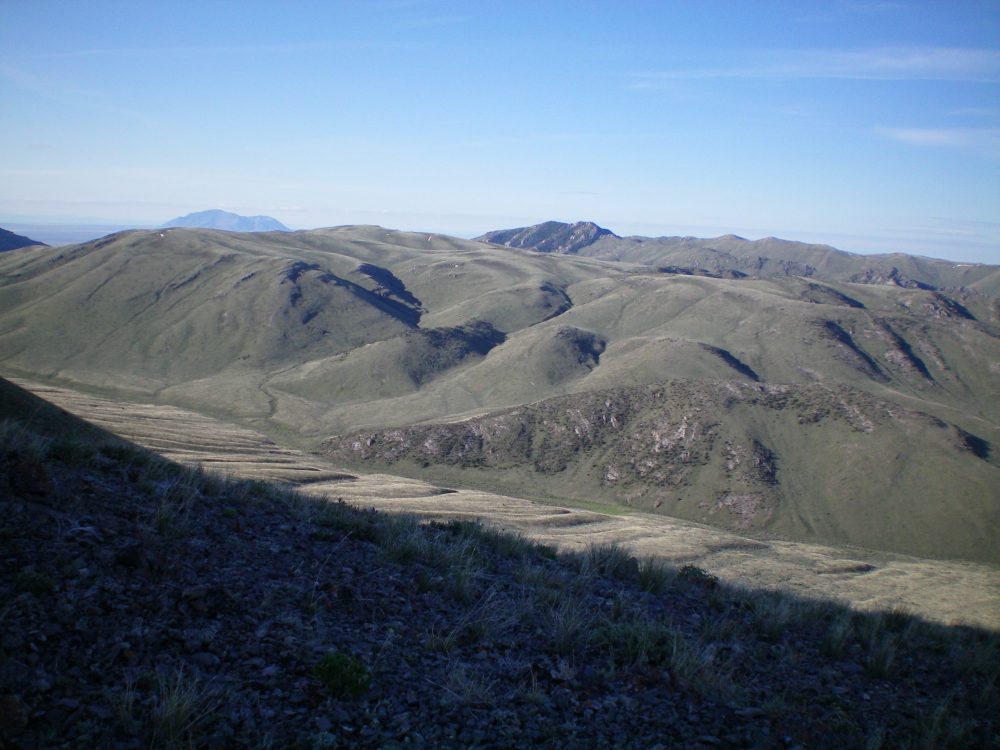 Peak 7194 (just left of center in mid-ground) as viewed from the summit of Peak 8170. Livingston Douglas Photo

From the mouth of Combe Canyon, hike up a 2-track jeep road that enters the canyon and passes rugged Point 6585 and a wide gully to reach the base of the north face of Peak 7194. Leave the road and scramble up the easy scrub on the north face to reach the northeast summit of Peak 7194. Find the remnants of an old jeep track here and follow it southwest then south to near the true summit. Do a final scramble on easy scrub/scree to reach the lateral hump that is the true summit of Peak 7194. There is a small cairn atop the protruding rock fin that is the high point. 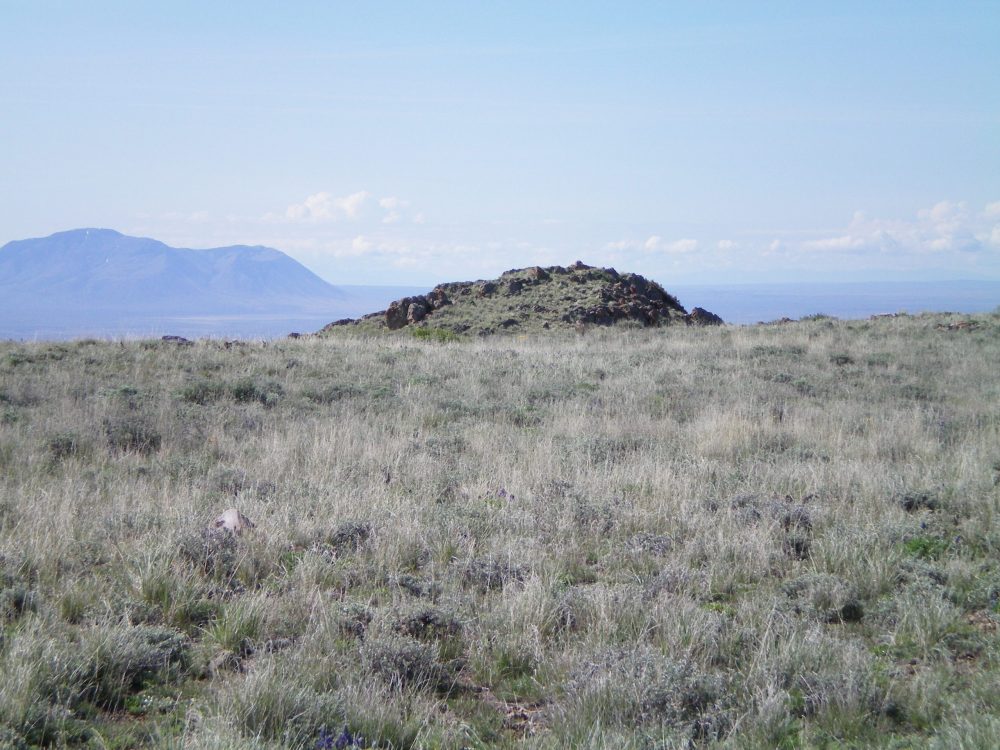 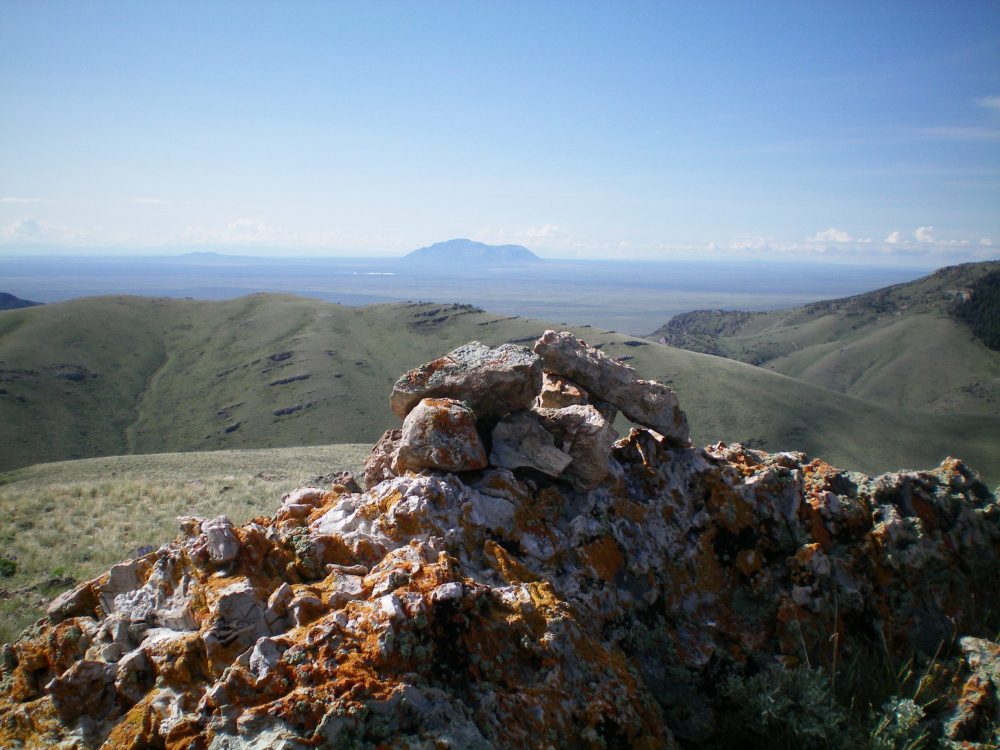 Same as for the north face/north ridge. This is the final leg of a loop route that begins and ends at a parking/camping pullout at the mouth of Wood Canyon.

From the summit, descend the north ridge about ¼ mile to the low point between the true summit and the northeast summit. From here, descend northwest to a saddle then climb 80 vertical feet up to the top of Point 7054. Follow the crest of the weaving, undulating ridge as it heads northwest then north-northwest then west then north-northwest to reach a final ridge hump. From this hump (6400+), descend north to the valley floor and angle northwest to intercept Wood Canyon Road. The ridge terrain is easy, open scrub, grass, and scree. The valley floor is thicker sagebrush. Hike north up Wood Canyon Road to return to your parked vehicle. 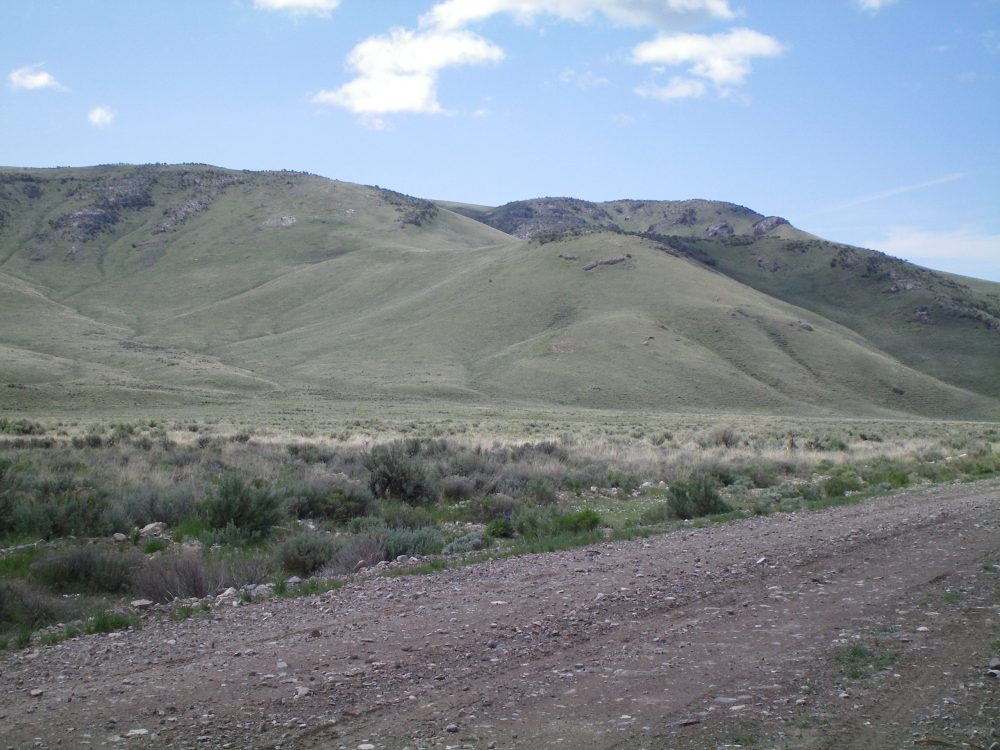