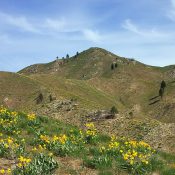 The range is characterized by long, twisting drainages accompanied by equally complicated ridge systems. It ridges are mostly treeless thanks in part to several devastating wildfires that have occurred since the late 1980s. Danskin Peak is the highest point in this subrange.

This web site covers many Danskin peaks that are not found in the book including: Devils Hole Peak, Little Fiddler, Fiddler Benchmark and Hutton Peak as well as unnmaed peaks (5444, 5100, 5180 and 5380). The Blacks Creek Road provides good, early access to the ever-popular Three Point Mountain and Kepros Peak. The primary access to the center section of the range is from Mountain Home, Idaho via a long and, in the end, rough and tumble system of roads that eventually lead to the top of Danskin Peak. Once these access roads dry out, the center of the subrange offers exceptional Spring hiking. The central portion of the range is accessed via the Danskin Mountains OHV Trail System. 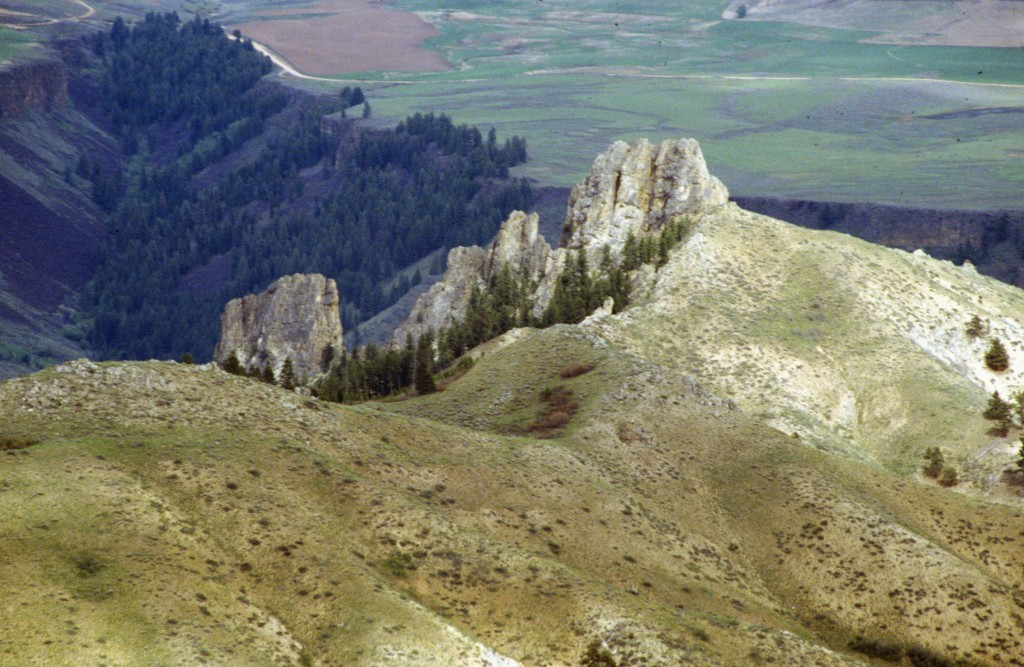 This rock formation is located on the north side of Danskin Mountain. I have not hiked down to them and do not know if any one has climbed on these rocks. 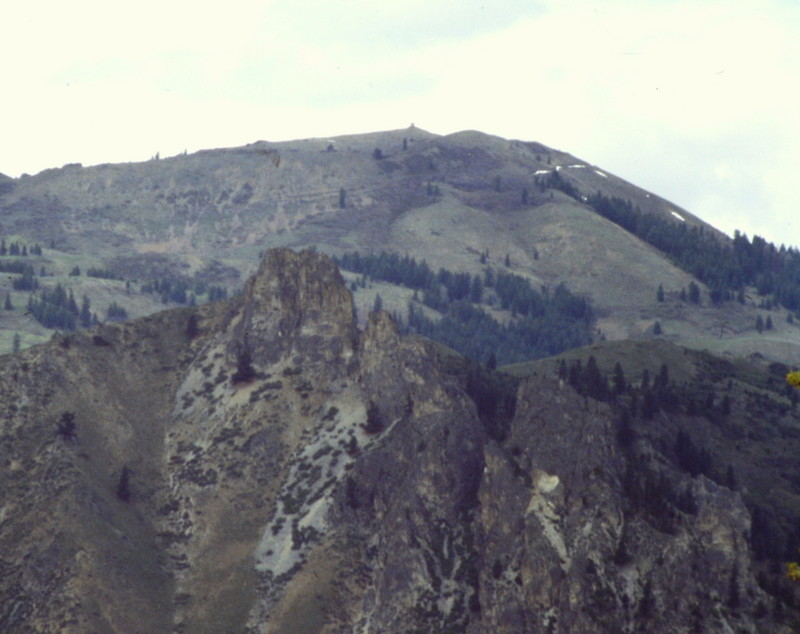 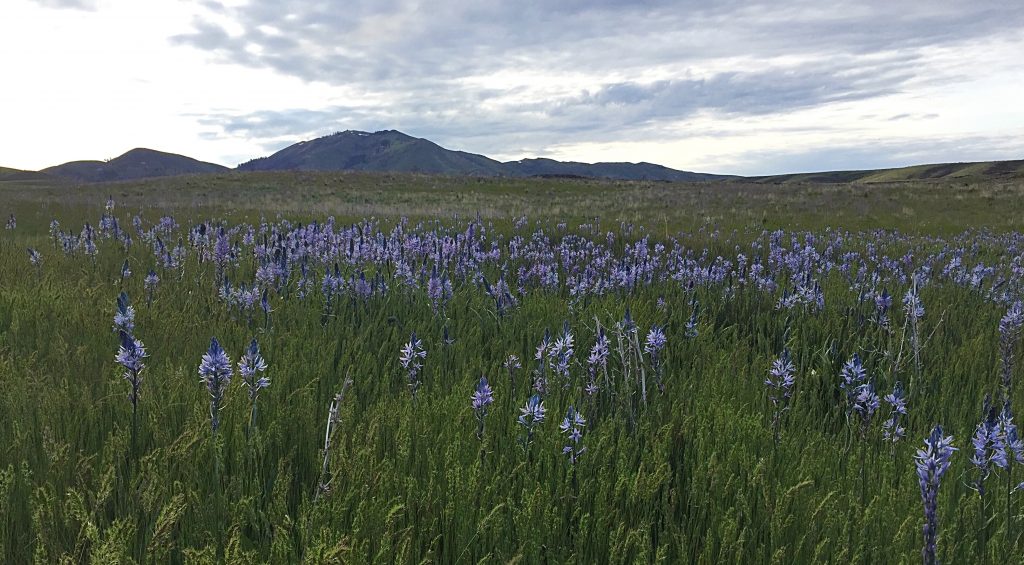 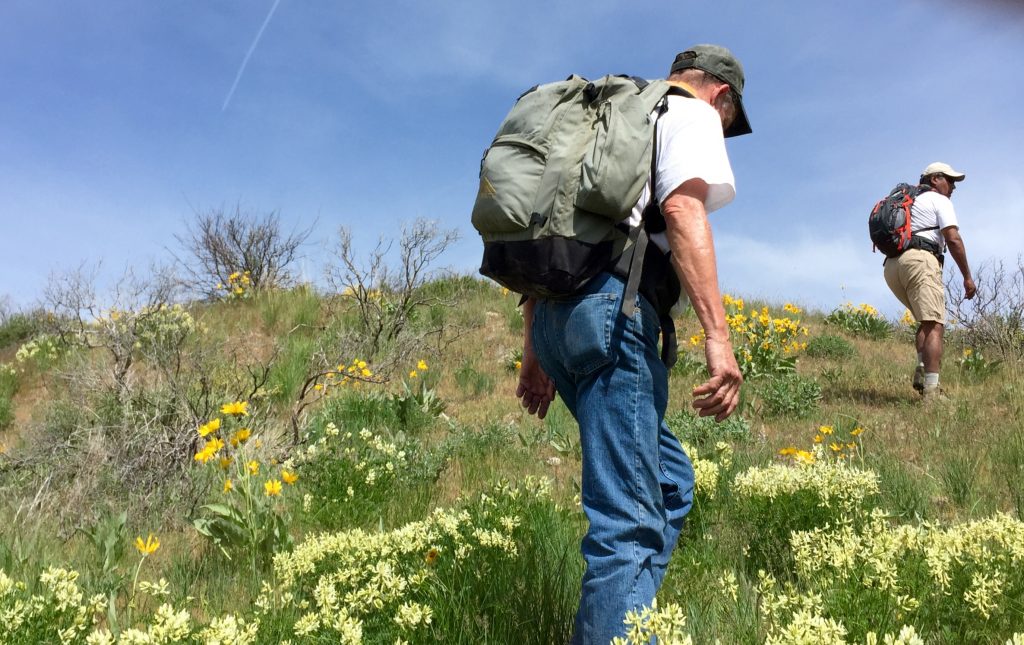 The East Slopes are not too steep and there are lots of wildflowers in the Spring. 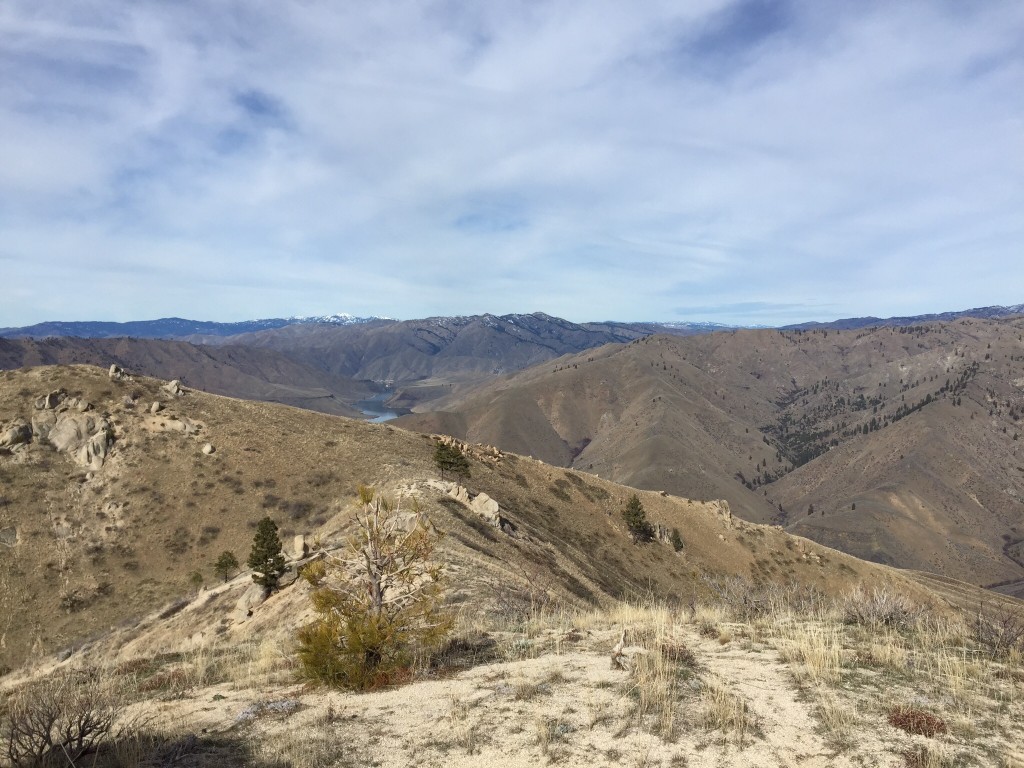 The West Ridge of Hutton Peak is a bit of a roller-coaster walk but the views of South Fork Canyon and the surrounding mountains are exceptional. 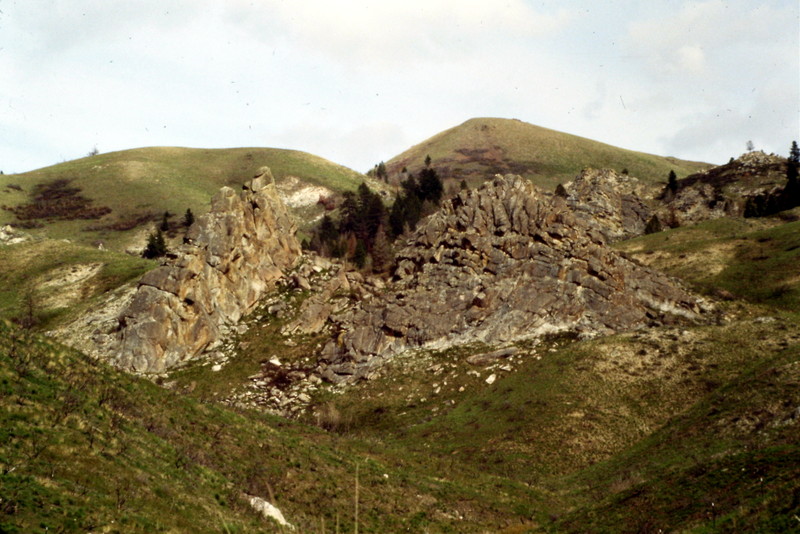 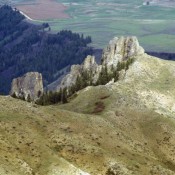