The Soldier Mountains are located north of Fairfield, Idaho at the southern edge of the Idaho batholith. The range covers a roughly triangular piece of real estate 30 miles wide and 15 miles from north to south. This range is bordered by the Camas Prairie to the south, the South Fork Boise River to the north and west, and the Smoky Mountains to the east.

The main Smoky Mountain Crest as viewed from Basque Peak.

Physically, the range is nearly indistinguishable in form from the Boise Mountains and the Smoky Mountains. The Soldier Mountain topography is characterized by long winding drainages and high grass-covered ridges leading up to the main crest. It is the main crest which is the most dominant feature of this range.

The two most dominant summits on the crest are Smoky Dome (10,095 feet) north of Fairfield and Iron Mountain (9,694 feet) which is hidden by foothills at the western end of the main crest. Both of these peaks are exceptional scrambling goals as are many other summits in the Soldier Mountains. 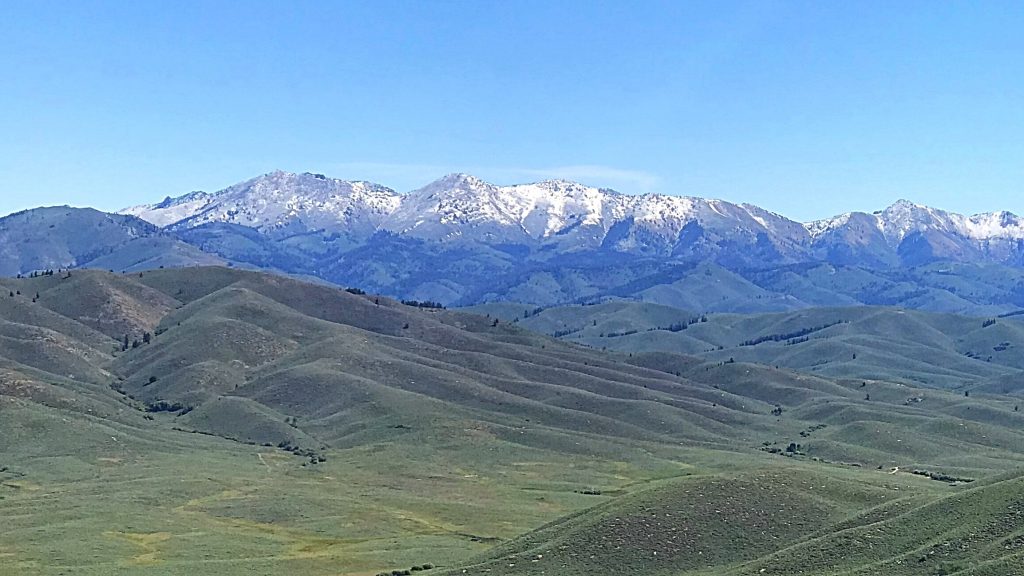 The main crest of the Soldier Mountains as viewed from Sheep Point. 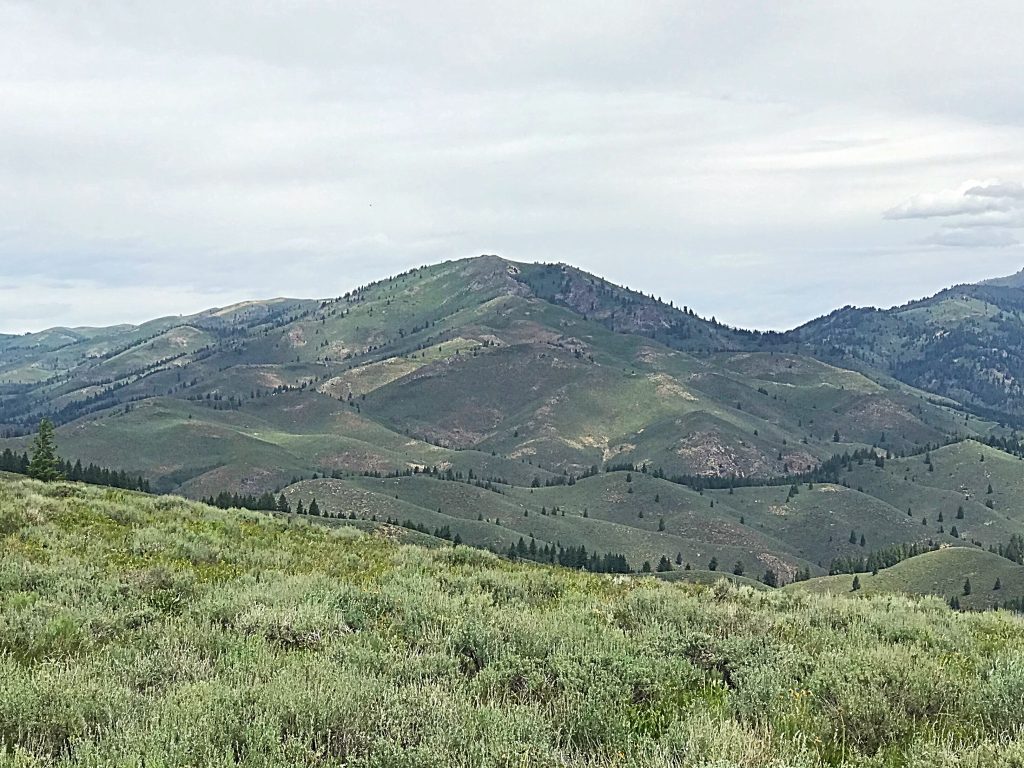 Deer Mountain as viewed from Peak 6412.

As one drives along US-20 between Fairfield and Hill City (at about 5,000 feet in elevation), the main crest of the Soldier Mountains dominates the view to the north, as it rises to over 10,000 feet in elevation. The view of the crest is so striking that it optically causes most people to miss the intervening mountains. 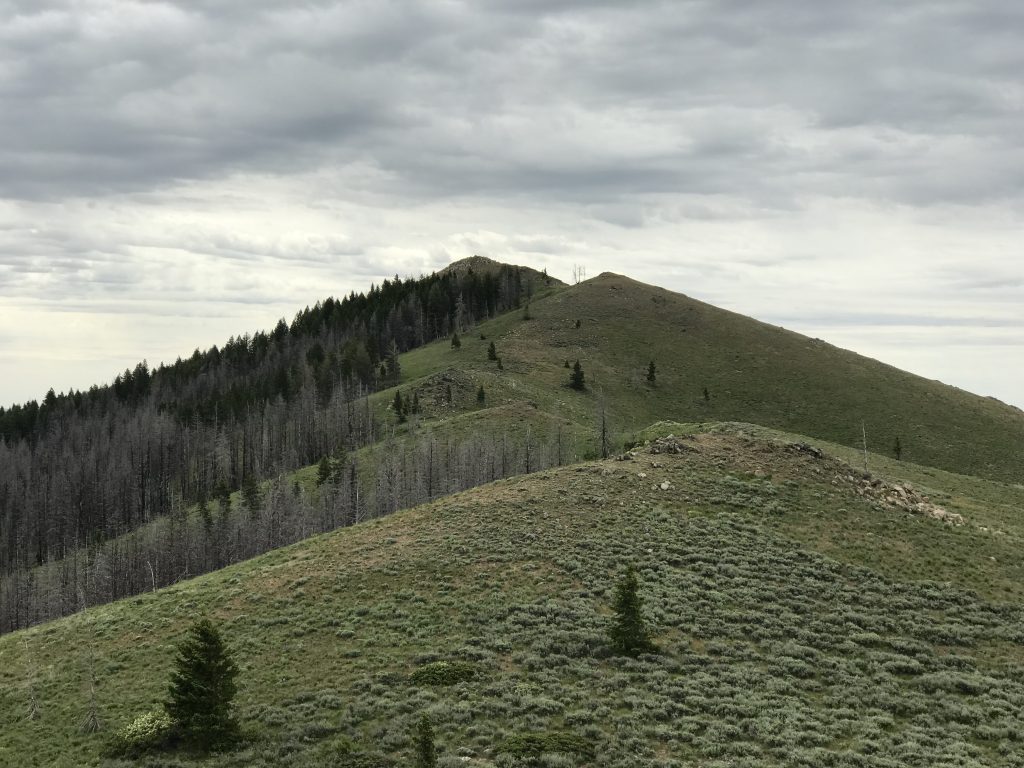 Sheep Point as viewed from the north.

The crest is actually ten miles north of US-20 while the Soldier Mountains begin to rise up from the flat Camas Prairie just three miles north of the highway near Hill City. The band of peaks between the Camas Prairie and the main crest are well known to hunters and snowmobilers but little known to hikers and peakbaggers. This is a shame because this scenic area which, for the most part, is between 6,000 feet and 7,000 feet includes 14 ranked summits and miles of forested and open ridges worth exploring.

This area is bordered by Corral Creek in the east, Lime Creek in the north, the Featherville Highway in the west and the Camas Prairie in the south. Although much of this region is designated as part of the Sawtooth National Forest, large sections are managed by the State of Idaho and the Bureau of Land Management and there are significant private land inholdings that impact access. 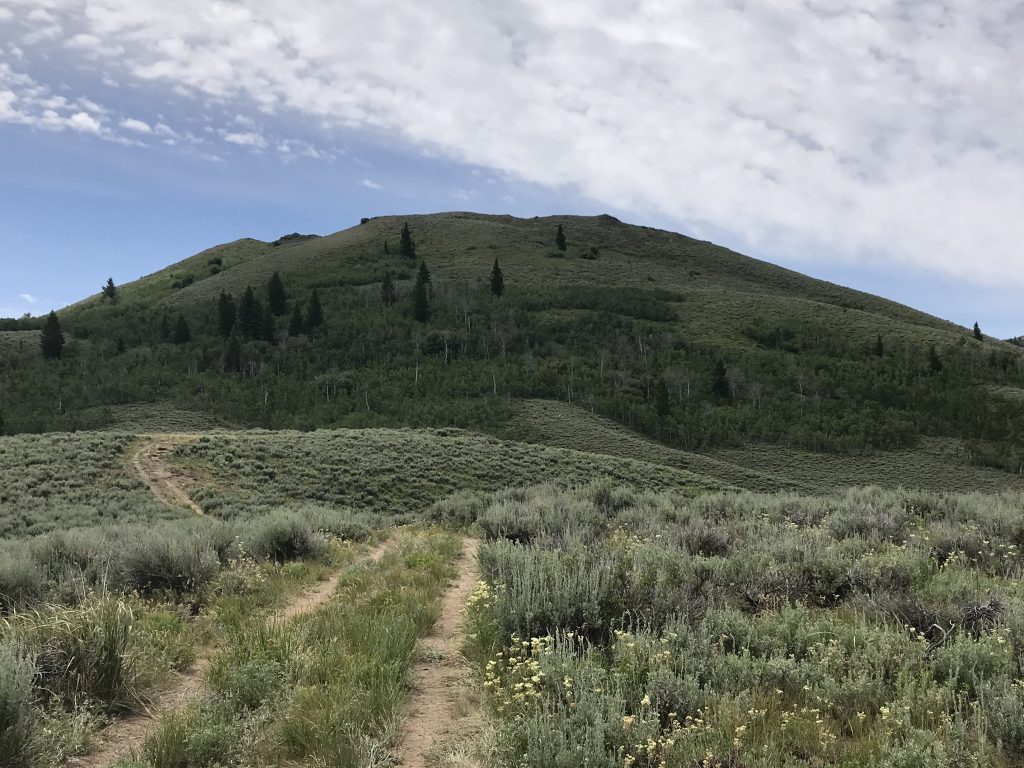 There are three primary access routes from the south. The easternmost is the Chimney Creek Road. The center of this group is accessed via the Cow Creek Road. The third and westernmost access point is from the Featherville Highway/FSR-61 via the Moores Flat Road. 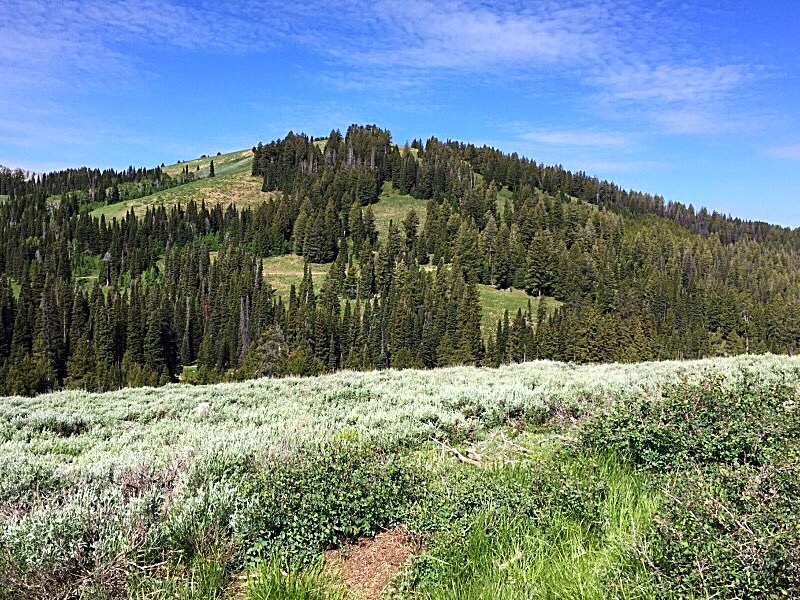 Basque Peak as viewed from the east. 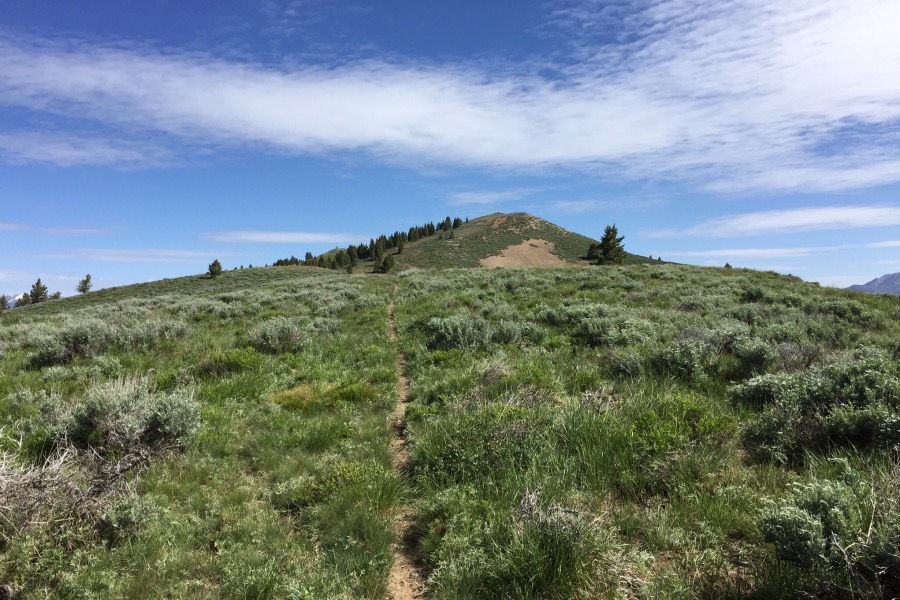 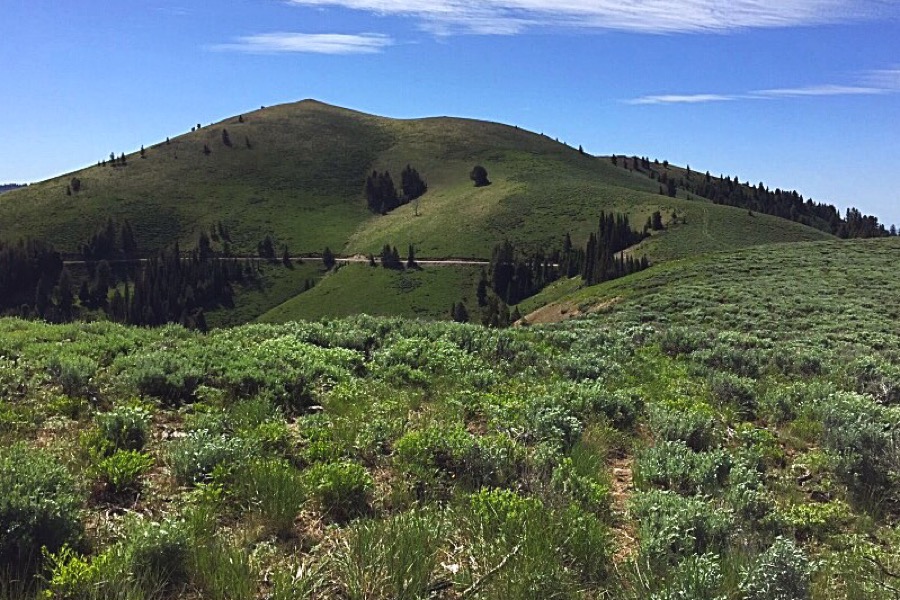 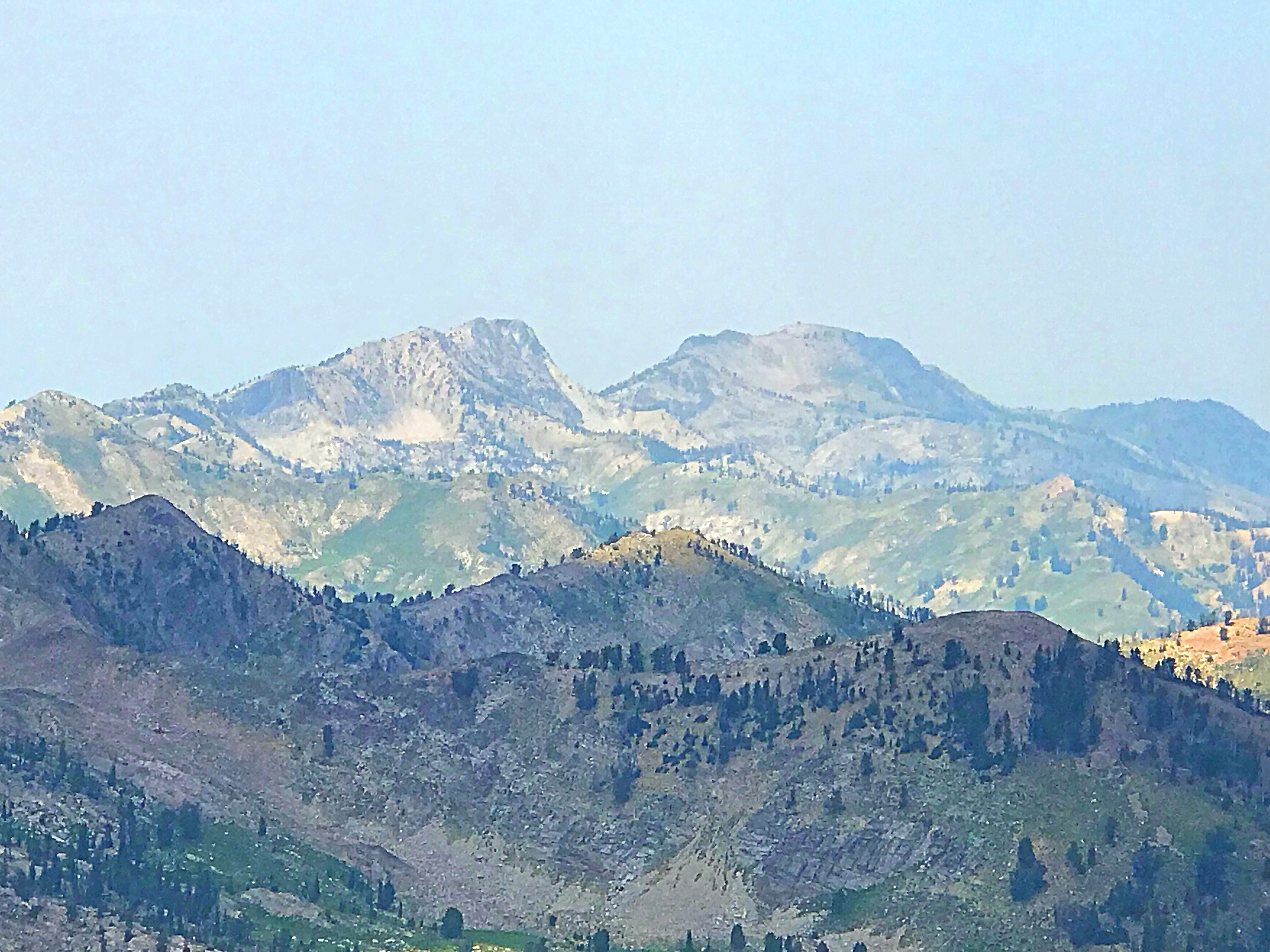 Peak 9712 (left) and Iron Mountain (right) as viewed from the east. 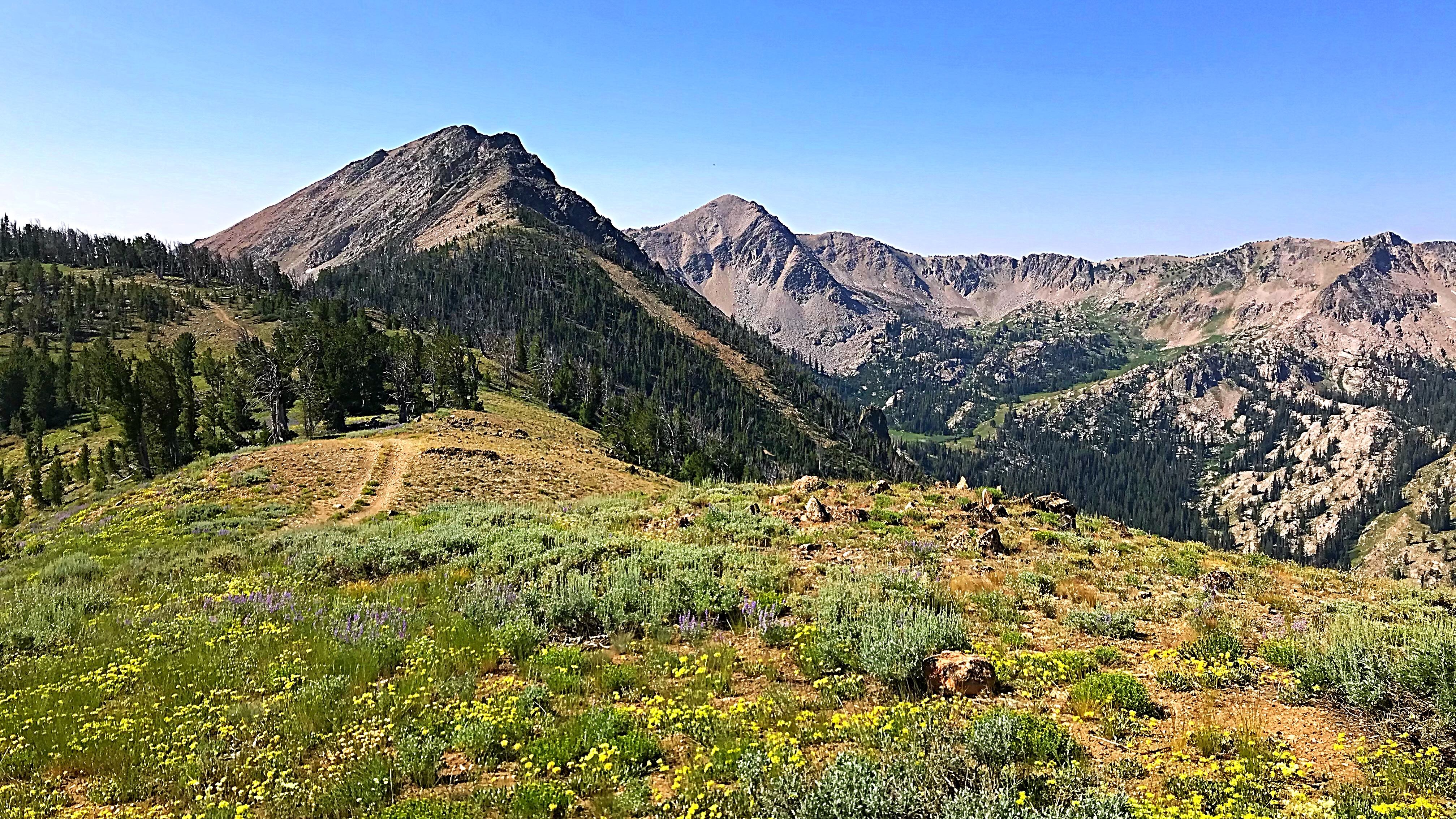 North Smoky (left) and Smoky Dome as viewed from the north. 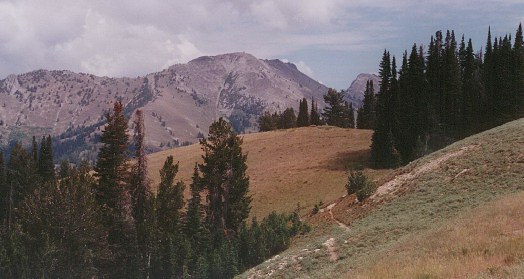 Approaching Iron Mountain from the south. 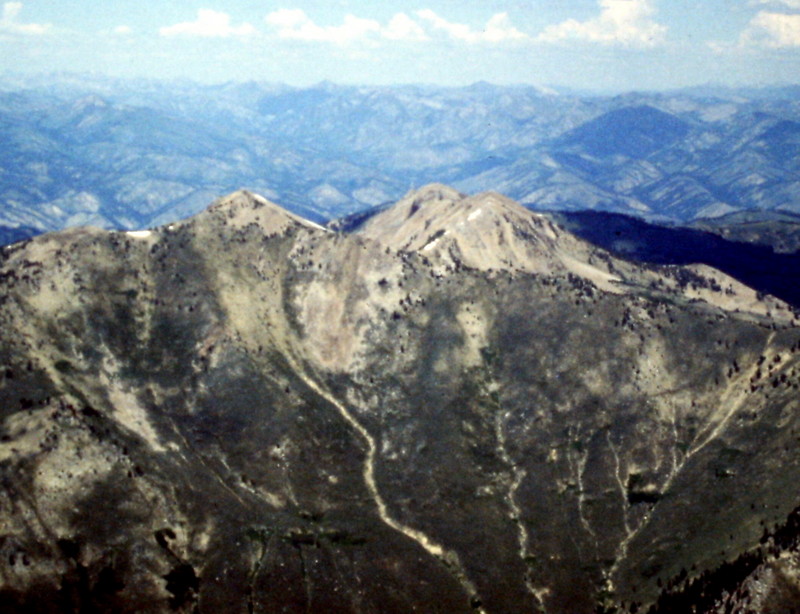 An aerial view of Smoky Dome, the highest point in the Soldier Mountains. 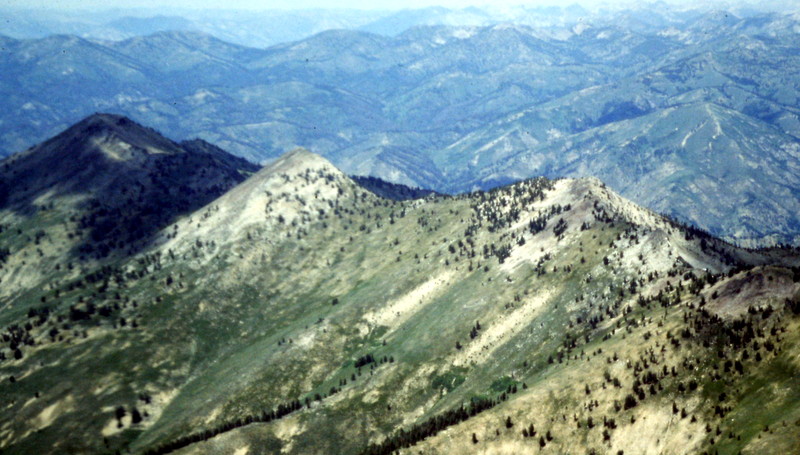 The Soldier Mountains have a lot of territory to explore.