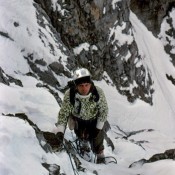 Below you will find Bob Boyles’ favorite photos from the first ascent of the Direct North Face of Borah (October 1976). The North Face of Mount Borah is considered by some to be one of the finest alpine climbs in Idaho and one of the few faces that holds ice during most years. The lower face starts at around 45 degrees and steepens to around 55 degrees below the summit pyramid. This route takes the left branch of the main couloir until it ends at the short steep rock step (Class 5.7) and then follows low Class 5, Class 4, and Class 3 steps directly to the summit. In the early season (late Spring and Summer), this route is usually a steep snow climb. In late season (late Summer and early Fall), this route can be all hard alpine ice (10 pitches, WI3). In good conditions, this route can be climbed in a few hours. In poor conditions, this route can take all day. The Southwest (Chicken-Out) Ridge is often used for descent. 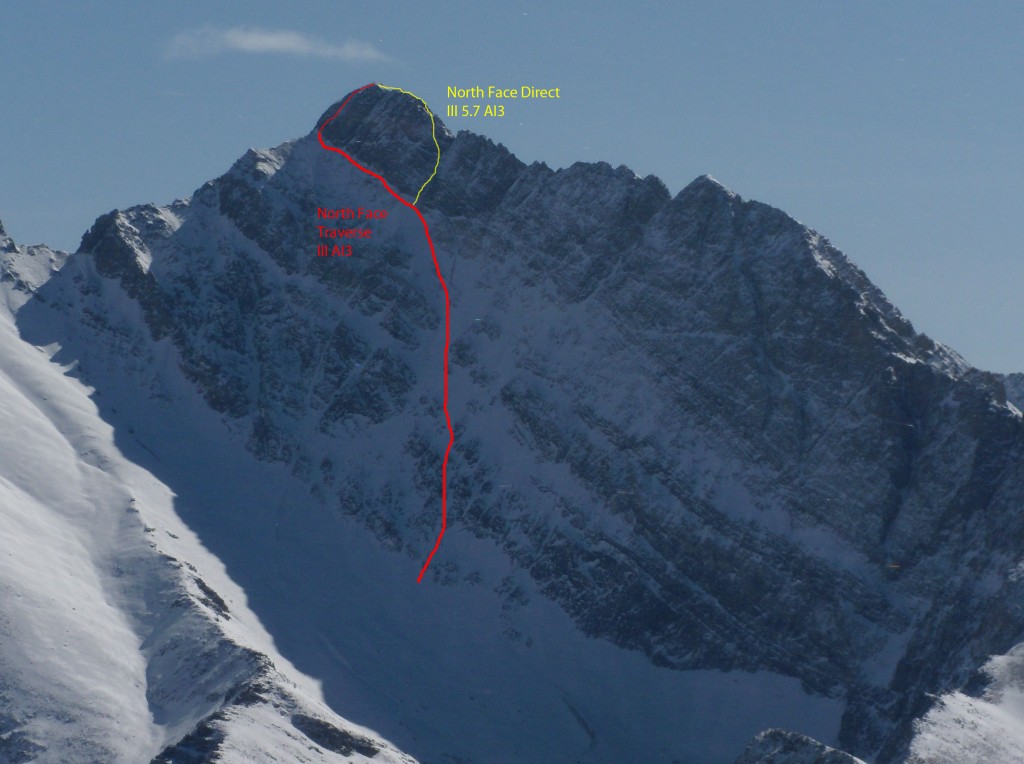 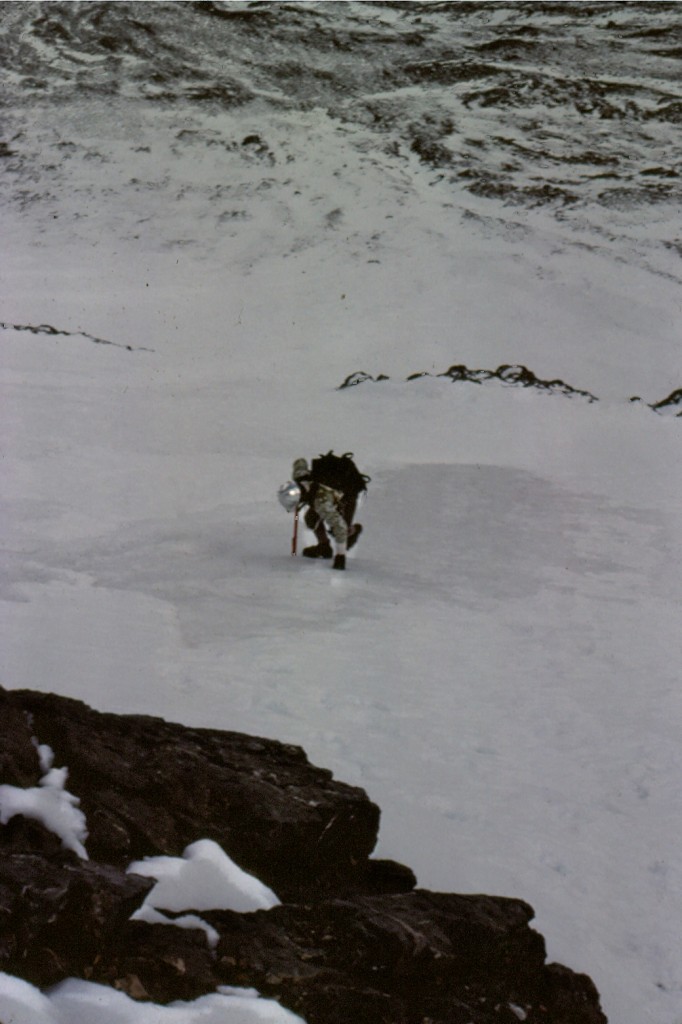 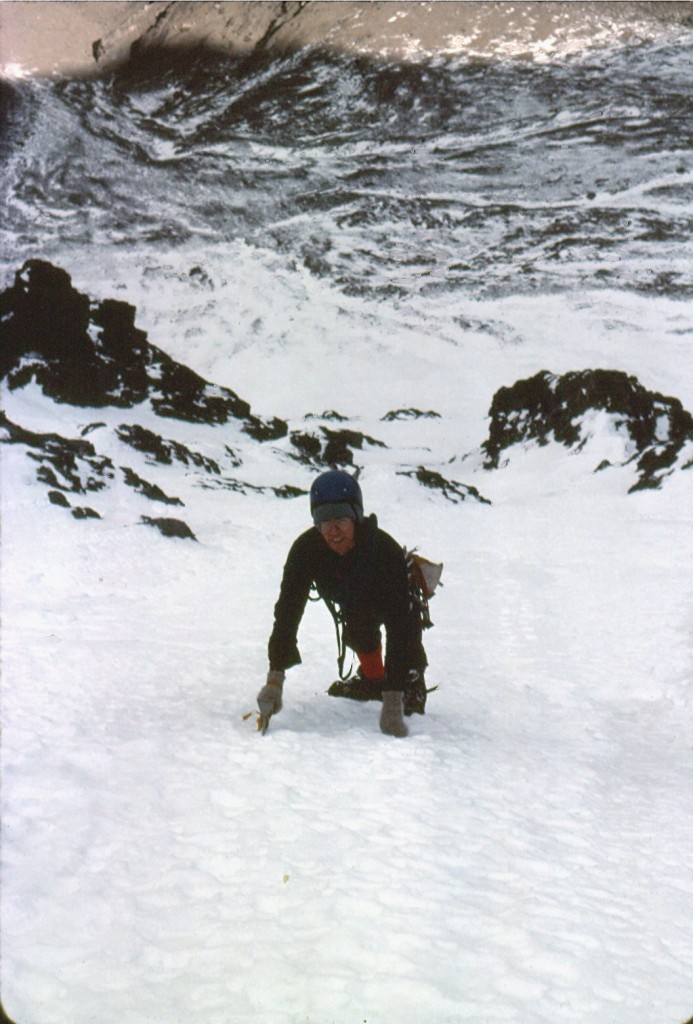 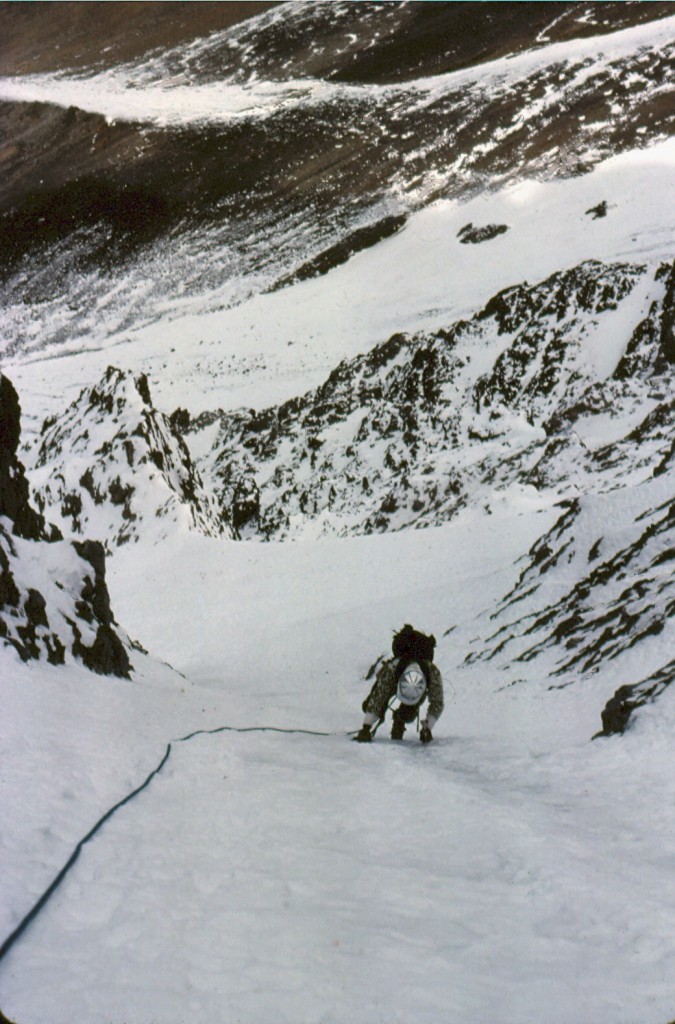 Mike Weber at the start of the main couloir. 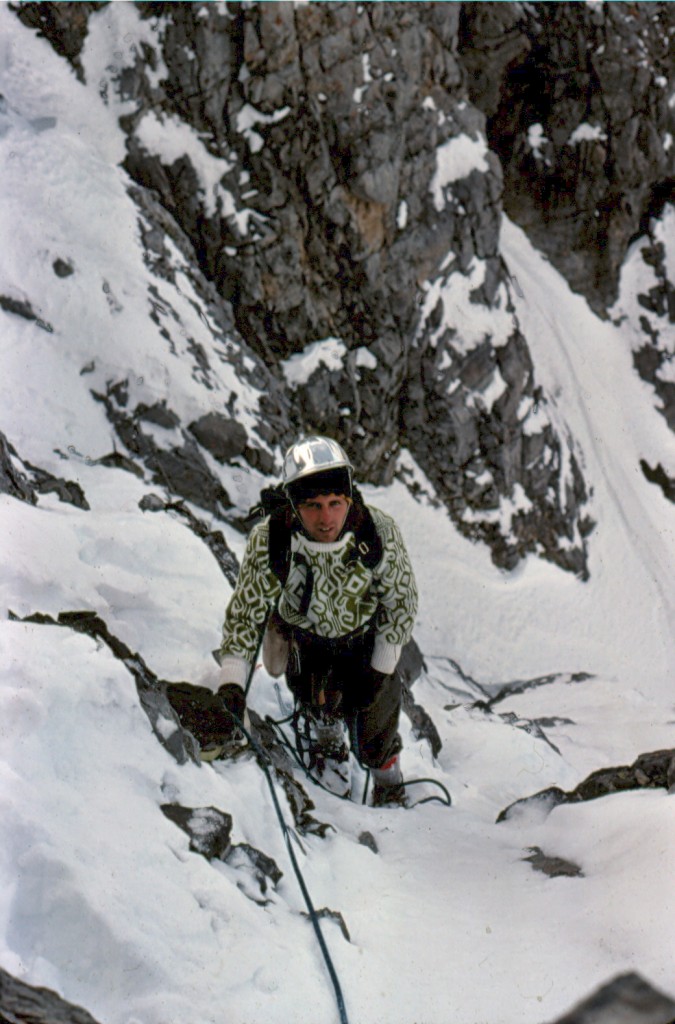 Mike Weber on belay below the crux pitch. 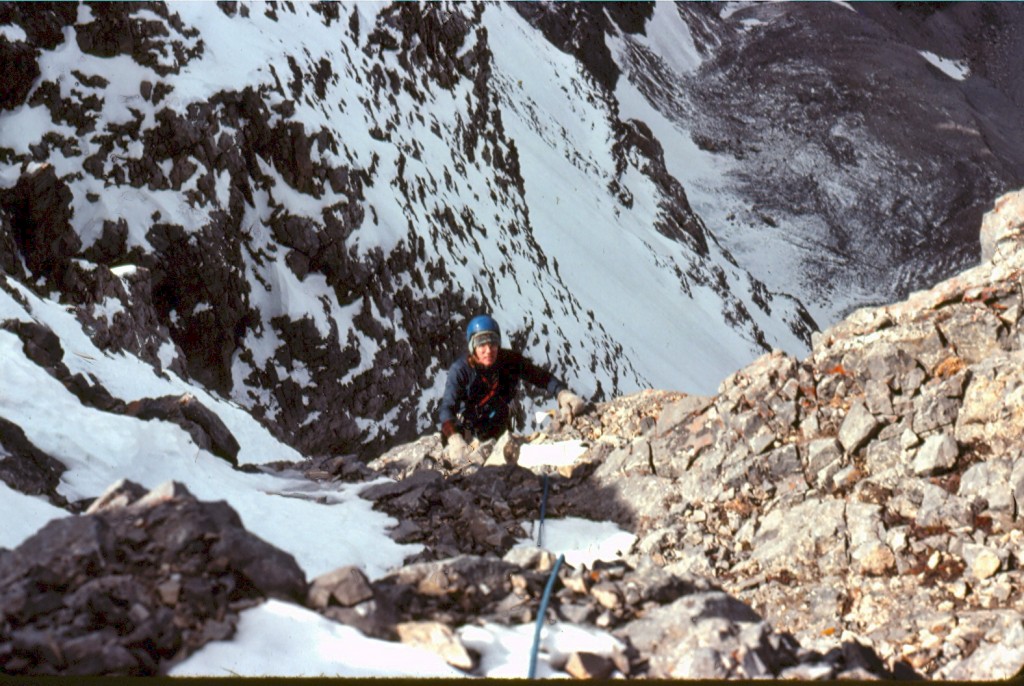 Bob Boyles topping out on the North Face Direct Route. 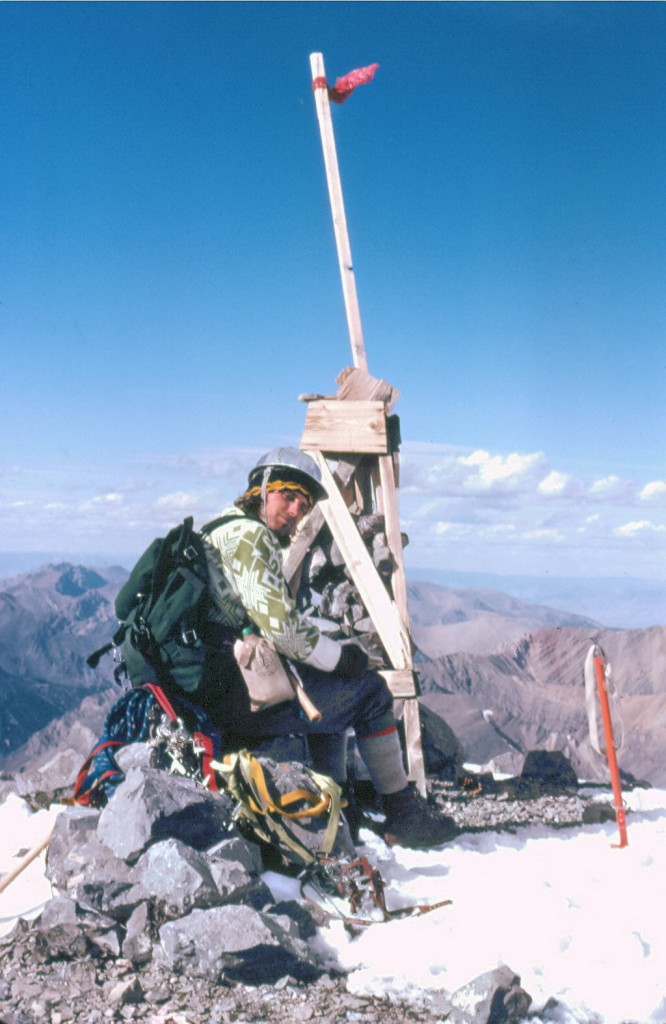 Mike on the summit of Mount Borah. 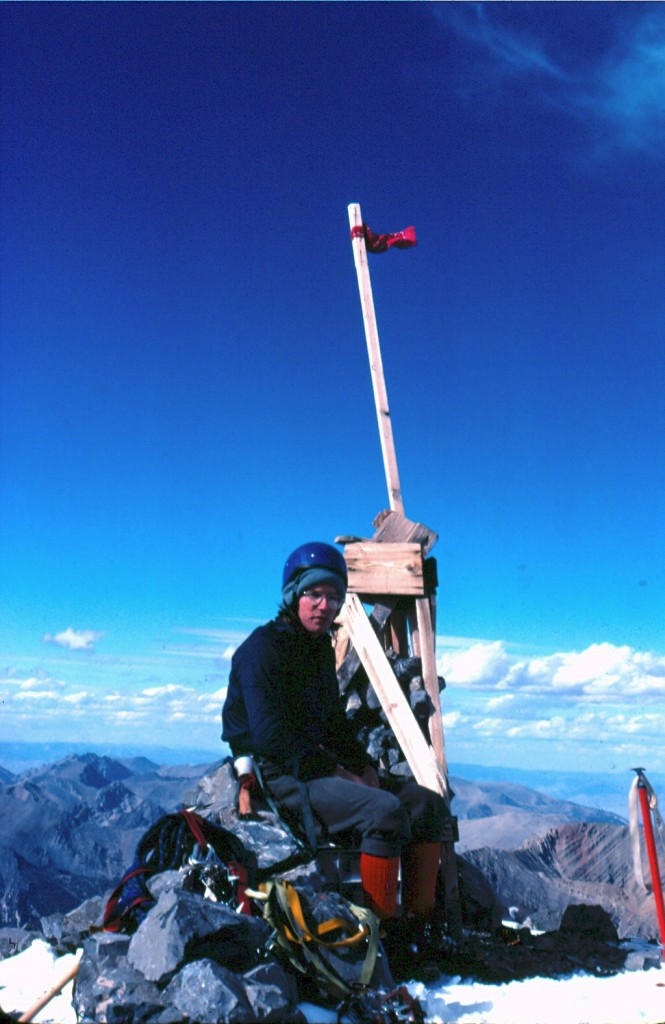 Bob on the summit of Mount Borah.