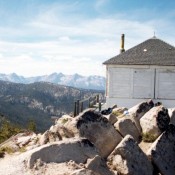 By the 1930s, the Forest Service had a goal to “put a firewatch on every mountaintop.” Idaho ended up with 989 fire lookout structures, more than any other state in the Pacific Northwest. Of Southern Idaho’s 128 lookouts, 36 were above 9,000 feet. Red Wings (10,910 feet) was the highest. Twin Peaks (10,340 feet) is the highest fire station in America today. By the 1960s, many of the old lookouts were destroyed in the name of progress but, fortunately, a representative sampling remain today at least until the elements ultimately win.

Everything you’d ever want to know about lookouts is contained in the book “Fire Lookouts of the Northwest” by Ray Kresek. You can reach Ray through his Historic Lookouts Project in Spokane, Washington. In doing his research, Ray has climbed over 1,000 mountains. He knows what he’s talking about. As mountain users, sooner rather than later, we have an encounter with lightning. In his book, Ray describes one of those terrible nights in a shack on a summit, something like this:

As the lightning approached, the firewatcher would pull the “go to hell rope” to disconnect all appliances. The copper wire grounding system would begin to hum and glow with dancing Saint Elmo Fire. At this time, as your hair began standing on end, you’d hop on a glass-legged insulated stool. For the grand finale, the blinding white light would cause anything metal to sizzle. The cabin reeked of foul ozone. After several minutes your sight and senses return….and leave you something not to forget in a lifetime. 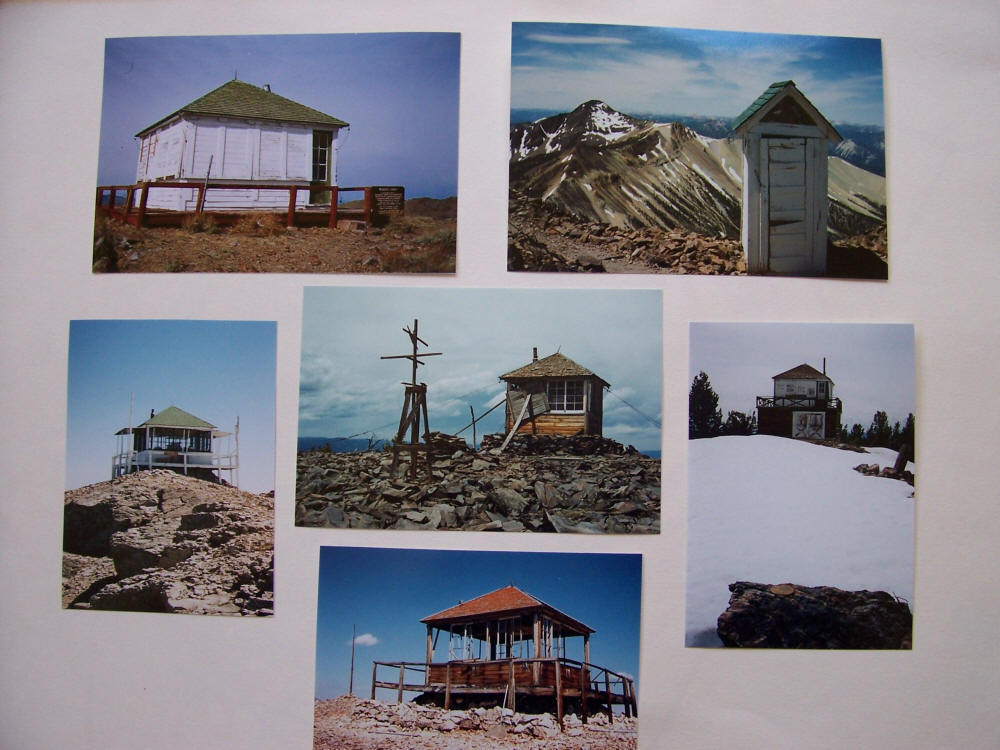 Left to right from top:
WILDHORSE PEAK (9,546 feet): White Knob Mountains. This fire lookout is preserved as a national historic monument.
TWIN PEAKS (10,340 feet): Idaho’s highest outhouse provides a contemplative view to 10,442-foot White Mountain, high point of the Salmon River Mountains
SLEEPING DEER (9,881 feet): In the heart of the Frank Church Wilderness. Built in 1935. Still active.
SAL MOUNTAIN (9,593 feet): Lemhi Range. This 10’x10′ lookout was built in 1926. The USGS triangulation signal is from 1945. These are the first Idaho mountains to be seen and described by a white man. Cresting Lemhi Pass on August 12, 1805, Meriwether Lewis records: “I discovered immense ranges of high mountains still to the west of us with their tops partially covered with snow.”
BLUE NOSE (8,677 feet): ID/MT border. An oddity: this lookout was split down the middle by 2 States, Counties, National Forest Ranger Districts and Regions. The lower floor accommodated livestock. The brass benchmark in the foreground was set by USGS’ T. M. Bannon in 1912.
MOUNT GREYLOCK (9,857 feet): Left to the elements.
By Rick Baugher (April 24, 2007)