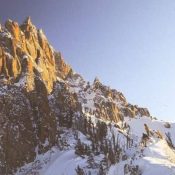 The first Winter ascent of Mount Heyburn was made by Gordon Williams, Mark Sheehan, Jacques Bordeleau, Chris Puchner and Joe Saviers on December 30, 1974. They climbed the peak from the fifth Bench Lake via the Northwest Ridge. Mark Sheehan recalls: “It was a real slog, breaking trail though waist deep powder on a 45 degree slope. Once we got onto the rock it was one pitch of 5.5 climbing.” [Use this link to see Jacques’ photos from the groups first Winter attempt: Mount Heyburn Attempt] 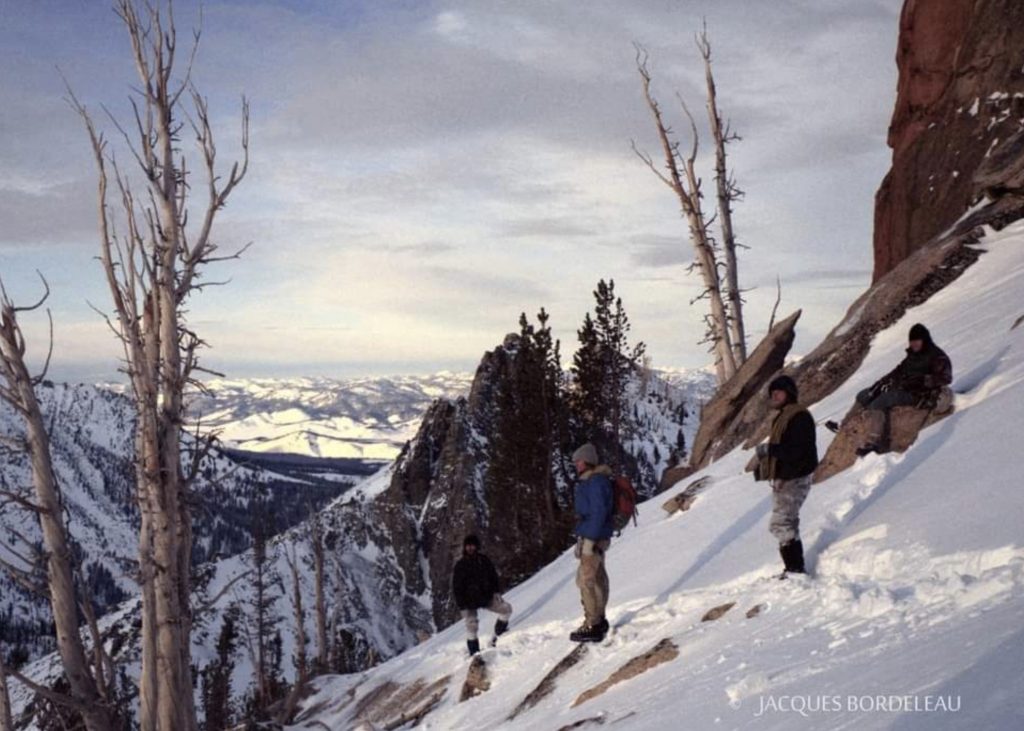 John Miller was the sixth member of the expedition but he did not summit. Jacques Bordeleau remembered “All but one guy summitted in 1975. Milner sat in his tent whining about his cold toes all day and I haven’t seen him since. It was 2 degrees on the summit but the sun felt good once we had climbed up into it.” 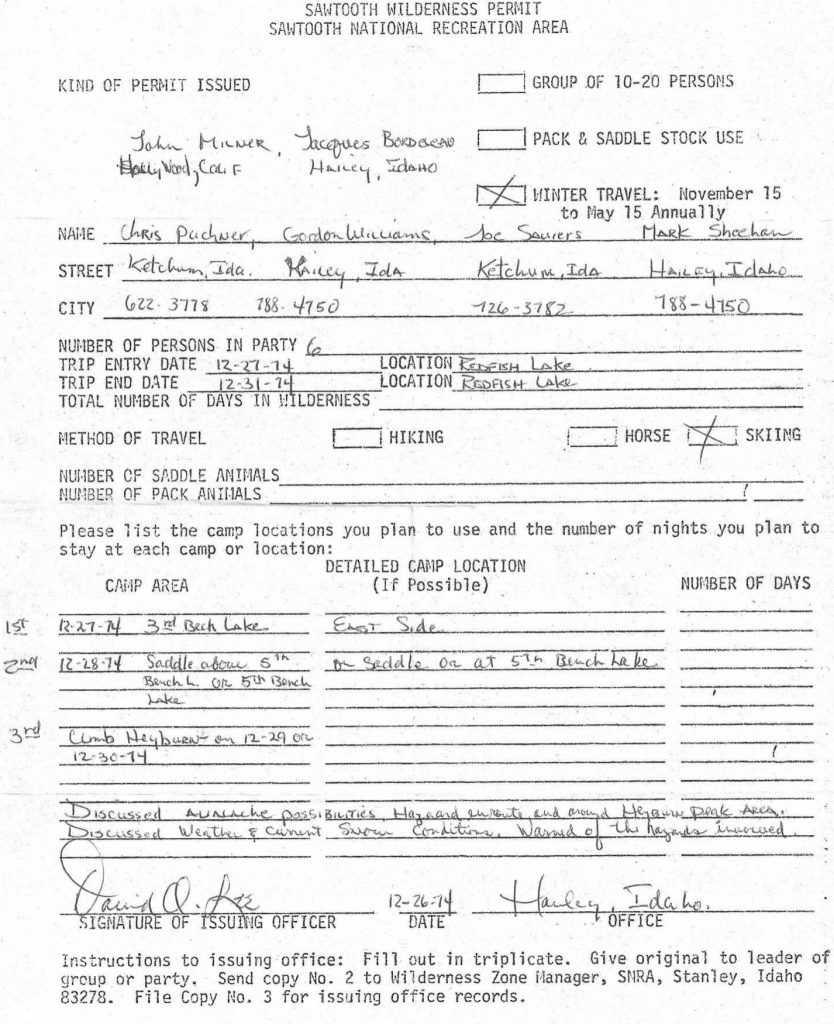 This is the Wilderness Permit issued to the climbers. Note the signature is David O. Lee, the long time backcountry ranger for the Sawtooths. A White Cloud peak is named after him. 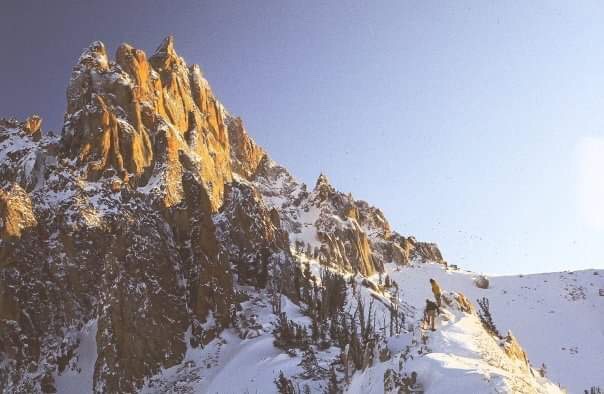 Mount Heyburn covered in deep snow at the time of the climb. Mark Sheehan Photo