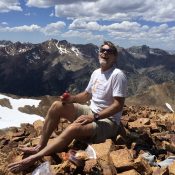 Steve Grantham has been climbing Idaho peaks since 1983, enthusiastically but at a somewhat leisurely pace.  It took him until 2007 to finish the 12ers (on Mount Idaho) and until 2019 to finish the 11ers (on Mahogany Trident), with a few “plausibly first” ascents along the way.  Among his favorite peaks are Tohobit, Braxon, Penmyriad, Cardiac, Galena, Angel’s Perch, Devil’s Bedstead East, Ferguson, Bell, and whichever ones are his most recent and next on the list. He appreciates the ample opportunities that Idaho’s mountains offer for solitude, becoming one with talus, and airing out one’s feet before the long descent through said talus. 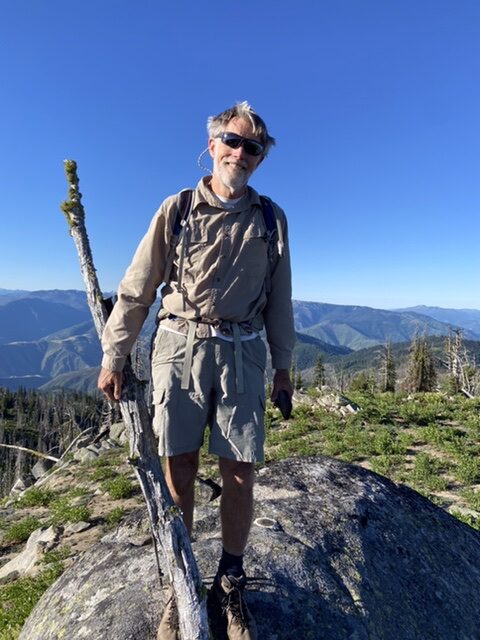 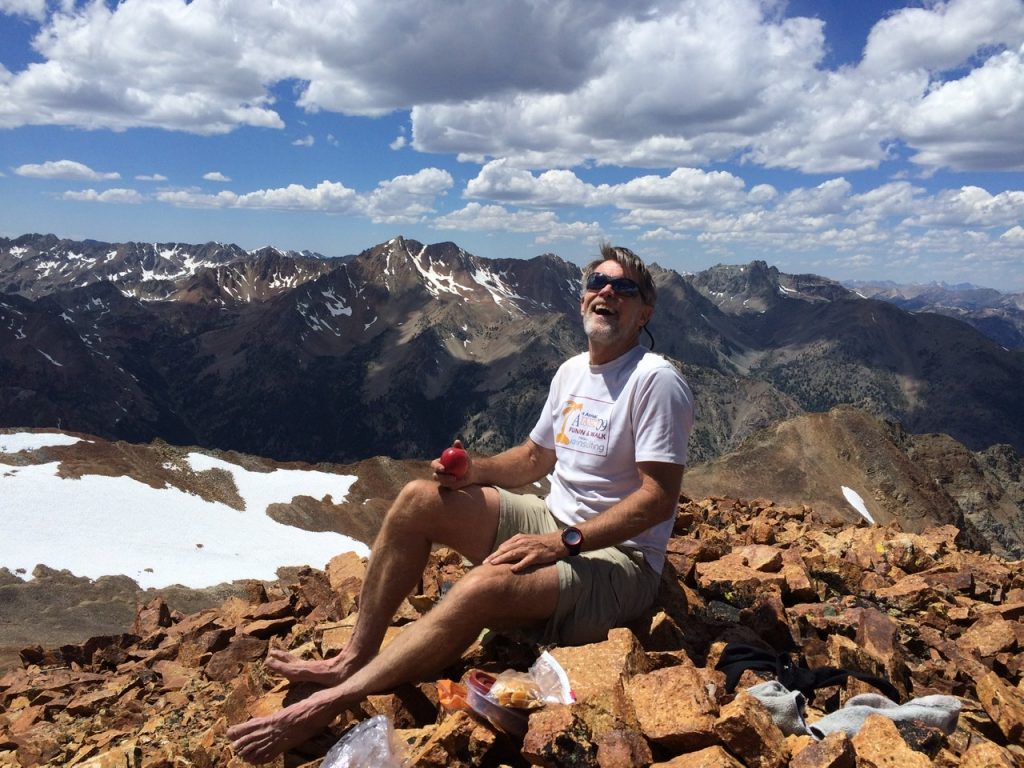 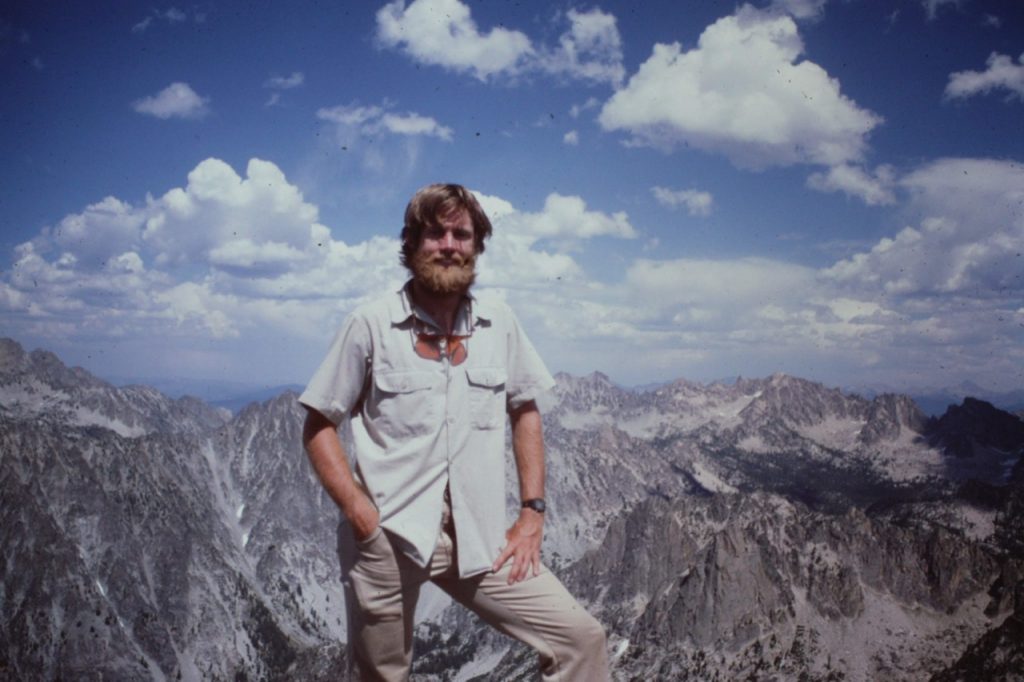 Steve on the summit of mysterious, seldom-climbed Tohobit Peak in the Sawtooths. 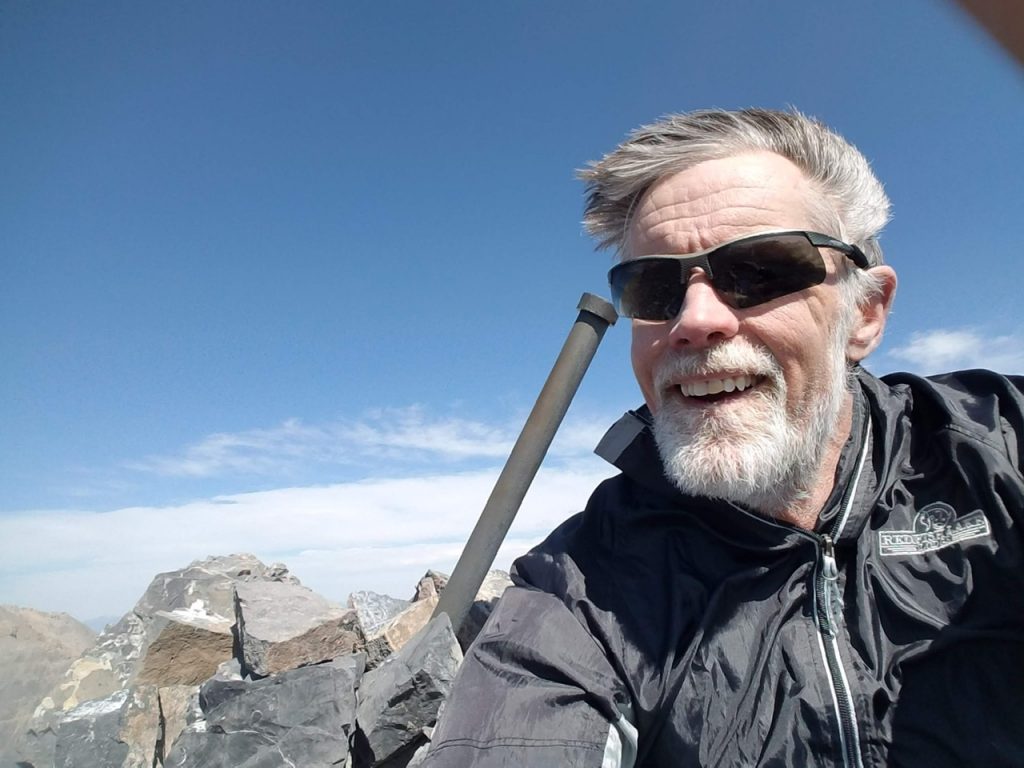 Another 11er bites the dust. Steve on the summit of Mahogany Trident.